Well, let's talking about best moment in our life. I believe that everyone has own dream and has the best moment in their life. Then this is mine, on November 2008.

It was began on the end of October 2008, when my lecturer as well as my dean called me and talked to me. I guess, that time, she was just to ask me to be a lecturer's assistant(what I wished for in my 5th semester..hehe..). Then, she said:

"Tia, LSPR (stands for London School of Public Relations, my college)has a program to give scholarship to certain students for joining Study Tour in Perth. Would you lik
e to join? If you feel ready, just contact your parents and let me know if you are able. also contact LSPR Group of PR for further information.."

I was shaking at that time.. PERTH?? How can I believe it?

However, I had not PASSPORT yet! So I had to make it in a week.. (thanks to my man and father for helping me making this stuff).

I need three weeks preparation. Then, I and the other 10 students (only 2 from the group who got the scholarship including me), also 1 lecturer arrived at the airport on about 7.30 AM. We did immigration stuff and et cetera, and we checked in about 8 AM. 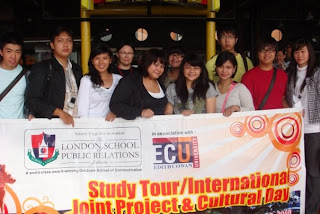 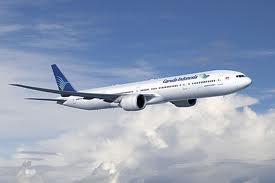 Garuda Airlines
(taken from: http://t0.gstatic.com/images?q=tbn:GAU0cVZRGWZiQM:http://www.swaberita.com/wp-content/uploads/2009/02/garuda-indonesia.jpg&t=1)
Next to my seat, there was a Kazakhstan woman, which was also an LSPR's student. We share many things, but as her accent was really hard to understand. Haha!

Shortly in approximately 4 hours, I could feel gradually the plane was going down, and down, and down.. And slowly, I saw the blue sky turned into blue with bulbs of clouds. Later on, those changed into a wide green land, and continued by houses, swimming pools, and others! so fun and excited!!

Then, we landed off on Perth International Airport. My Short 3 weeks of journey in Oz was began! :) 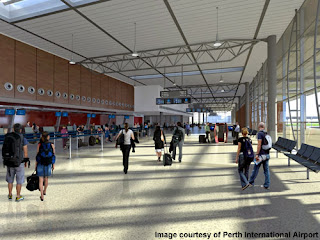 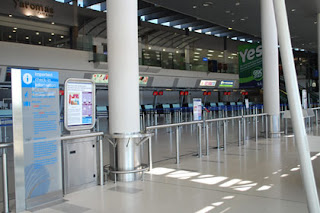 
I still remember how it felt when I stepped my feet at the first time in Perth, Western Australia. It was soo great that I couldn't even forget about it. My feeling were happy and excited. That's it!

Then, somebody from ECU (Edith-Cowan University, W.A) picked us up from the airport to our first destination: Beatty Lodge, somewhere in Perth. 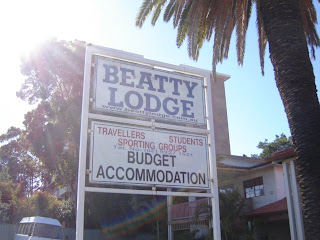 During the way headed to Beatty Lodge, I saw everything that I haven't see before. And the thought came to my mind.. "Oooh, this is PERTH!"

We arrived at Beatty Lodge. It was a motel that full with students. My roommates were Dhita, Sasha, and Marfie. They were awesome and we shared a lot of things at the first time. Seemed that we've closed enough at that time.. 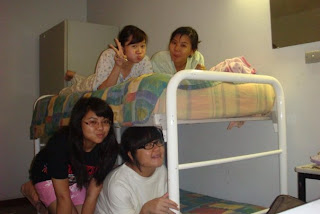 Our Lovely Room in Beatty Lodge with bunk beds! haha..
(we could be smiling in this picture, but absolutely crying after that missing home..:p)

First thing to do there was calling my mom! I missed her a lot and really wished she could be with me there, with also the rest of my family..

Next thing to do, was finding some food for dinner! We were hungry and no doubt about that. Then my lecturer, knew some Asian restaurant, then we went to that restaurant by taking some walk from Beatty Lodge. 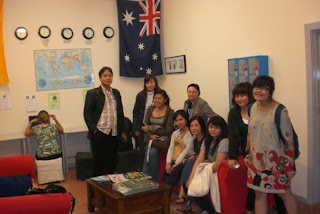 This was our first picture in Beatty Lodge :)
Here are the pictures of Beatty Lodge neighbourhood (I forget the name of the street); The way we passed by before arriving to the restaurant. 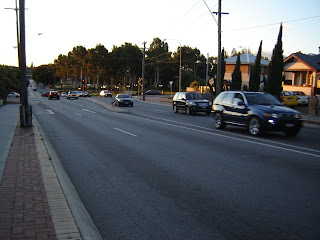 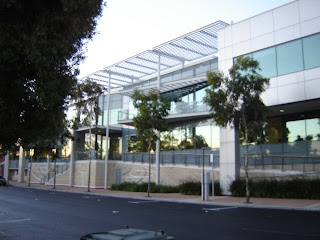 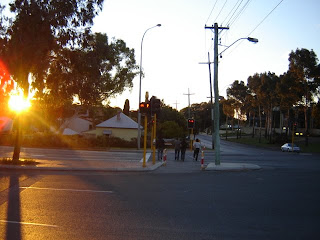 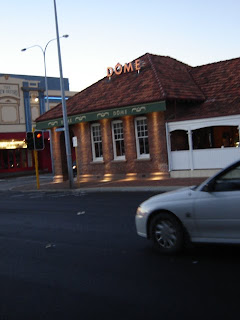 And, we arrived. Really, at the first time we would eat in a restaurant that served Cap Cay, Puyung Hai, Fried Noodles and etc, coz it was said as Asian Restaurant. Eventually, what did I get? Thailand Spring Roll and others; they were so weird for my tongue (I forget that my lecturer was a Philippines!)

First, I ordered MINERAL WATER, which my head thought about AQUA and similar to it.
However, this is what I got: 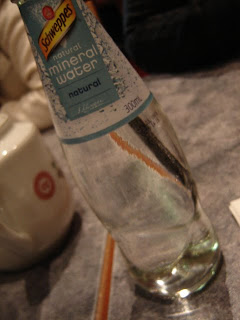 SODA WATER! GROSS! Haha.. how could I drink this during meal?

Then, this was my first meal in Perth: 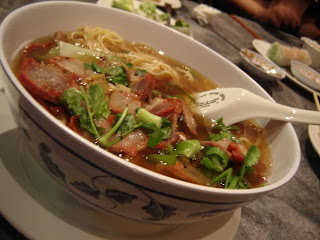 Chicken Noodle or something.. in a Jumbo Portion!
Yes, for me it's jumbo so I couldn't take all of it into my stomach! haha..

Later on, we went back to Beatty Lodge and spent the night sleeping, to prepare ourselves for the next day program: Went to ECU and met our host-parents and family! Yippie!

I am so glad to share this blog with you. I just share some parts about my life, that probably could be an inspiration to other. However, I would write everything in my thought. If it may harmed or offended anybody, please accept my apologize.

Happy Reading and
God Bless you!

Tia
Tia. I call my name like that. My full name is Tia Hariani. Just call me Tia. Ordinary girl that believes that she is made uniquely by the Creator of Life. Since I only can be concentrate at evening, psychology theory said that I am good in art. Really? Let's see... But no matter what my talent is, I love my life..I feel blessed with my life.. and I never feel regret about this life..My life is a mercy from God. Myself is imperfect, not all things good happen.. lots bad stuff stopping by within my days.. but I believe this is the best of me. God never creates a junk... Well..no word could describe me best, unless "UNIQUE"... God Bless You...